First-Time Gardener? How to Prepare for Fall! 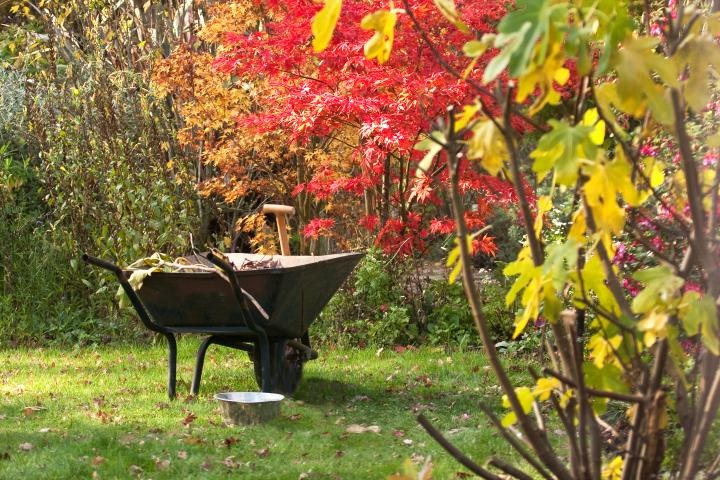 First-Time Gardener? Here’s How to Prepare for Fall
Learn what to do before the season is over to protect plants and make improvements in anticipation for next spring.

Demand for gardens and other outdoor spaces for lounging, cooking, and dining has surged since the coronavirus pandemic began.
Gardens require constant tending to remain viable, even through less-active winter months.
Don’t treat all plants the same. Vegetables, shrubs, and other greenery will need different kinds of maintenance.

Before COVID-19 hit, millions of Americans had never gardened. With more time at home this spring, they planted perennial beds and borders, vegetable and herb patches, and fruit trees to improve their yards’ aesthetics and provide food for their families. They also may have constructed outdoor spaces for lounging, cooking, dining, and to simply have a place to breathe fresh air.

“I’ve never seen anything like this in my 42 years in business,” says Sacramento, Calif.–based landscape designer Michael Glassman. “Homeowners who never planted anything were freaked at the thought of going to the grocery store. They preferred to stay home and garden.”

But unlike many of the rooms in our homes that don’t require frequent attention, gardens need active involvement to see them through to the end of the season and over the winter.

As summer winds down, many new to gardening are asking what they should do now.

Novices may have encountered problems of overgrown shrubs, half-eaten tomato plants, and hostas with holes that rabbits or deer feasted on. Do they rip out the dead ones or grab their shears to prune? Did they overwater and so now look to install a better irrigation system? Or maybe homeowners are wondering what to do before the season’s over, so they still might enjoy fall vegetables, like beets and broccoli, and perennials, such as coreopsis and astilbe.

Help your clients who were bitten by the gardening bug so that they don’t get discouraged. Here’s what Glassman suggests heading into the fall and winter months.

Deadhead perennials. When perennial flowers have finished blooming, cut off old stalks or stems, which is called “deadheading.” This keeps them healthy and helps them to regenerate more flowers next season, says Glassman. He’ll do this at least once a week with his finished stalks.

Prune and transplant overgrowth. Plants and bushes require different types of trimming—think of it like a fall haircut. For example, a lilac bush should have its old flowers and stems cut to thin out the growth, allowing light into the center of the bush. This will allow it to grow bigger and fuller next season. For a pear tree, thin out crisscrossing branches and carefully shape the tree. Hydrangeas should be heavily cut back to keep them from getting too tall. Overgrown hostas can be transplanted to another part of the yard after they finish blooming, usually during late fall. Glassman says it’s best to call a licensed arborist to safely prune larger trees.

Mulch plants to retain water. Using an organic material, such as wood, bark, or straw, homeowners should mulch flower beds and around trees to help them retain water, keep down weeds, and prevent the soil from drying out. It also curtails ground temperature fluctuations, which protects plants over the winter. Mulch will give gardens a nice professional look. Many communities offer mulch at a reduced price, or even for free, so check with your municipality’s building department. The best times to mulch are fall and spring.

Set up a drip irrigation system on a timer to water plants. This will help prevent overwatering, which is much more common than underwatering, Glassman says. The system can be hooked up to a soaker hose and uses a timer to regulate watering. A good rule of thumb is to water early in the morning before the sun is high in the sky, causing the water to quickly evaporate. A homeowner should water daily for the first two weeks after planting, then slowly scale back to every other day. At the end of the season, be sure to unplug hoses and other systems so they don’t freeze and burst.

Keep pests away. New gardeners often learn that certain plants and flowers in their gardens extend an invitation to bugs. If you’re seeing partially or completely eaten leaves and stems, you’ve got company. Spray with insecticidal soap or use Neem oil rather than a chemical, which, Glassman says, “defeats the purpose of growing your own healthy vegetables.” Use them early in the morning or after dusk so you do not damage the plants. If you get aphids, consider releasing ladybugs in the morning or evening to prey on them, he suggests.

Deter larger wildlife. To control voles and gophers, dig down into the ground two feet and lay heavy-duty wire mesh, or build a raised planter at least 18 inches high that’s filled with a quality, organic planting mix. This keeps animals from digging up and eating plant roots. A homeowner could also go with vegetables and flowers that are known to be more animal resistant such as rosemary, lavender, thyme, and society garlic.

Order bulbs to be a step ahead for next season. Now is the time to peruse garden centers and online garden retailers for spring bulbs. Homeowners should plant in the fall, before the first frost arrives. Among favorites to consider are allium, tulips, daffodils, anemones, and irises. Many experienced gardeners like the look of a big visual display of the same type of bulb, which requires larger orders. For ideas, look online at the displays in the famous Keukenhof Garden in Holland.

Try raised planters or horse troughs. Rather than planting directly into the ground, raised “containers” help improve soil drainage—it also means less bending and sore backs. When thinking ahead to next spring, Glassman recommends planters or troughs that are at least 18 inches high to discourage snails and slugs from climbing in. He also suggests cutting one or two drainage holes in the bottom for water to seep out and filling them with a light, organic planting mix. “Be sure to set your vegetable garden where it will get a least five hours of sun each day," he says. "Add in some nasturtiums or marigolds as a way to gain color and edibles at the same time,” he says.

Remember, there’s no such thing as a black thumb. “Everyone can be successful. It just takes time and patience,” Glassman says. “Don’t be afraid to experiment with different plants—it should be fun, not stressful. A cliché, but Rome wasn’t built in a day and neither is a successful garden.”